Saturday night May 31st the fastest cars on dirt make their debut to the fastest track in the southwest  Central Arizona Speedway in Casa Grande.  Rick Zeihl will lead the ASCS Wing Sprint Car division after early points leader Bob Reem Jr  missed the last rd at Arizona Speedway.  Lance Norick who had the top honors at Arizona Speedway 2 weeks prior will be looking for a repeat performance.  Josh Williams who also put in a great run at Arizona Speedway leading more than half of the race before being over take by the eventual leaders, will look to improve on his finish and be on top of the podium.  …

With a break from racing the week before and track prep coming along nicely we are sure to be blessed with a large field of IMCA Modifieds ready to put on  a show.  Current SouthWest points leader Brain Schultz will lead the IMCA Modifieds as he has 3 wins on the season with Cody Graham and Chaz Baca Jr  both ready to move into that overall spot and take claim of that almost $3000 to win the overall points …

The fastest track in the South West returns to action this Saturday night April 26th with the IMCA South West Modified Championships featuring IMCA Modifieds, X-Mods, Dwarf Cars and Bombers.   Casa Grandes Brian Shultz currently sits in the points lead of the championship series leading Cody Graham by 1 point and 20 points ahead of Garrett Funk as Shultz became the first 2 time winner of the series last Saturday night at Arizona Speedway in a heated battle with New Mexicos Zane DeVilbiss.   Don Earven of Globe, AZ captured victory last time the IMCA Modifieds were on the track at C.A.S. and will look to rebound from a rough night …

This Saturday night April 12th the IMCA Modifieds return to Central Arizona Speedway for the 2nd time in 2014. Anthony Madrid took the win back on March 22nd at the popular 3/8th mile facility as the fastest IMCA Modifieds in the South Wests all put on a spectacular race. With 5 different winners in the South West Modified Championships in as many nights this has truly became one of the most exciting series in dirt track today.
The Super Stocks will also return to action this Saturday night and they will all receive an additional $50 to start on top of regular pay for the new mandatory muffler rule … 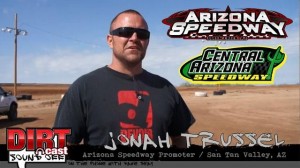 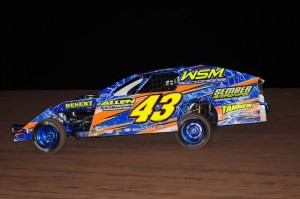 Also congratulations to Joe Atkinson for winning the 2014 C.A.S. season pass and the lucky winner of the Vegas give away from Whitfield Auto & RV Repair.

Thanks again to all of you who showed up in support of this great facility this past Saturday. We look forward to this Saturday night March 1st with Challenge Cup Sprint Cars, X-Mods, Pure Stocks Mod Lites along with a few improvements. First thing NEW SPEAKERS!!!!!! See you Saturday.